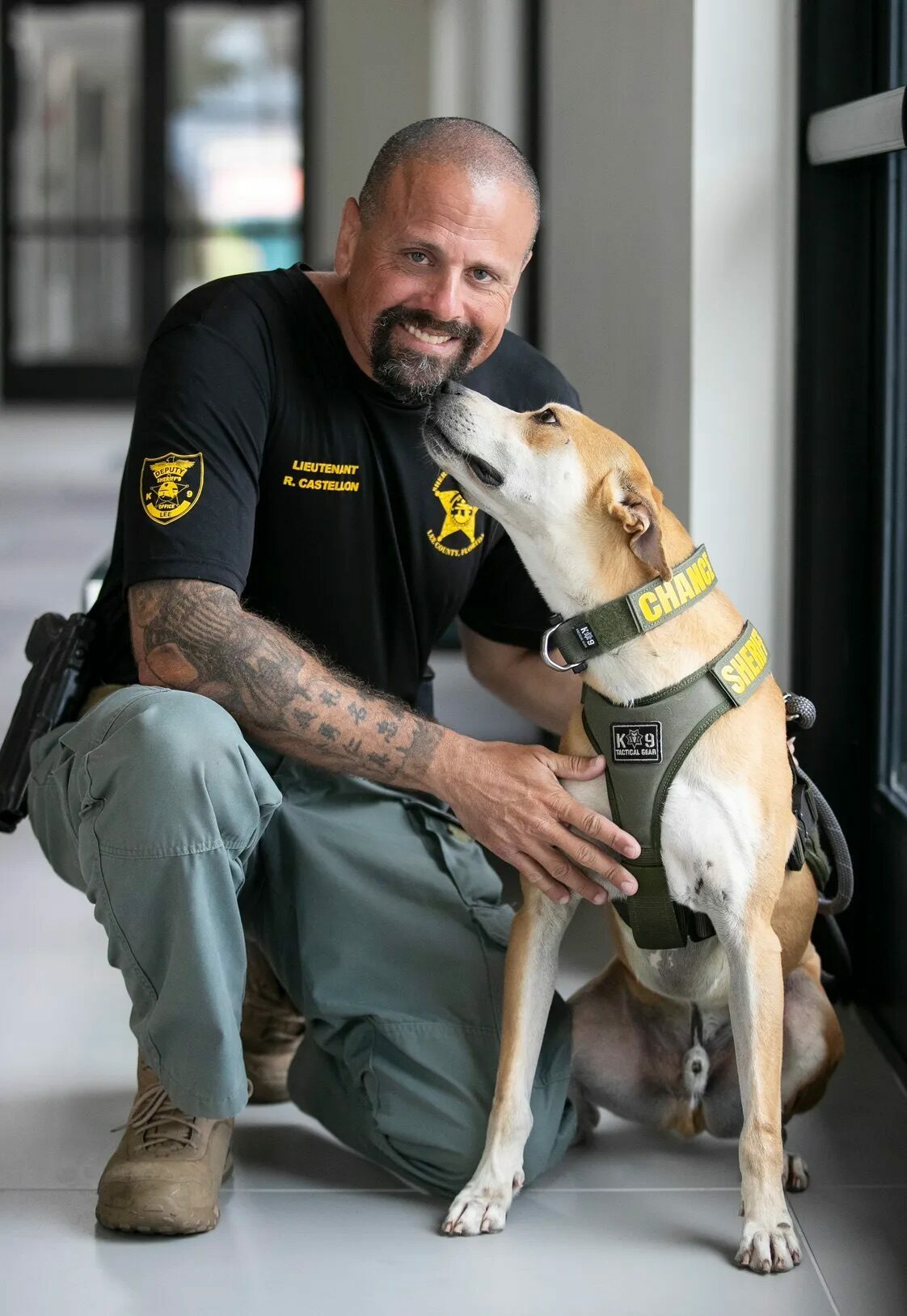 Lieutenant Richard Castellon joined the Lee County Sheriff’s Office in 2013 after an extensive service record, including a CAT II top-secret security clearance, while assigned to 8 & I Marine Barracks in the United States Marine Corps. In 2003, Castellon was employed as a police officer within the Miami police department, where he became certified as a K9 Decoy with the Miami-Dade K9 Training Center in 2007. That same year, Castellon became qualified by the International Forensics Research Institute as an explosive K9 detection team member. While working for the City of Miami, he was assigned K9 Diesel, who was FDLE certified for patrol and explosives. He worked alongside K9 Diesel for eight years. The U.S. Police Canine Association certified Castellon as a “Police Dog 1” in 2010 and 2012. The K9 team was tested and certified during a six-day trial of obedience exercises, criminal apprehension, and article searching. Shortly after, the Jimmy Rice Foundation gave him a bloodhound named Legacy. Legacy and Staff Officer Castellon worked hand-in-hand to assist law enforcement with county-wide incidents. From 2006 through 2013, Castellon has trained and certified more than 100 K9 teams under FDLE in the Dade County Metropolitan area. Castellon was also deployed to several high-risk K9 perimeter searches, including suspects and officer-involved shootings throughout the Dade and Broward counties. As a K9 trainer/handler, he is responsible for acting as a K9 liaison between an agency and the incident command. Before his current assignment as Lt. Hope and Deputy Chance’s handler, Lt. Castellon, served as a K9 handler with our Youth Services Division. Today, he uses his qualifications to help rehabilitate Lt. Hope and Deputy Chance.

Back To Our Team