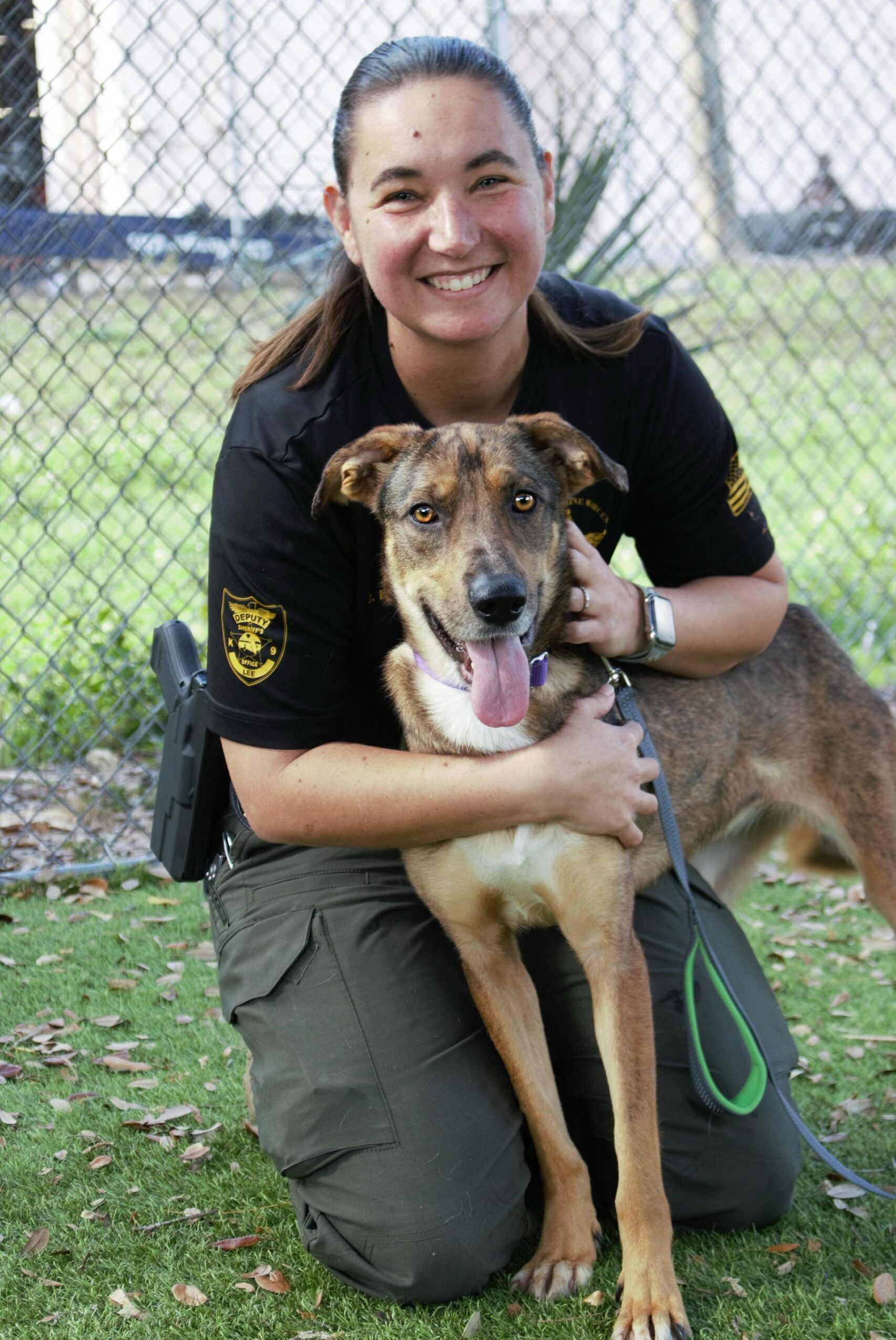 Sgt. Najarro joined the Lee County Sheriff’s Office on April 4, 2005, as a Community Service Aide. In 2008 she became a certified Deputy Sheriff. Sgt. Najarro worked in East District (Lehigh Acres) for approximately 15 years as a Community Service Aide, Deputy, and Detective. She was also part of the Selective Enforcement Team (S.E.T.). In April 2020, Sheriff Marceno promoted Detective Najarro to Sergeant, and in July of 2020, Sheriff Marceno appointed her as the Sgt. of the Animal Cruelty Task Force. It is important to note that in 2019, Det. Najarro, at the time, was investigating an aggravated animal cruelty case regarding a canine in distress with his mouth duct-taped closed. The canine struggled to breathe and was bleeding from a puncture wound on his chest and front paw. After the canine’s recovery, Animal Cruelty Task Force Lt. Castellon adopted the canine that Sheriff Marceno named “Chance,” and Sheriff Marceno deputized Chance. Deputy Chance is now one of our Ambassadors for Animal Abuse Prevention. Thanks to Sgt. Najarro’s hard work and the help of the State Attorney’s Office, Deputy Chance’s abuser, was identified, arrested, and sentenced to prison.

Back To Our Team